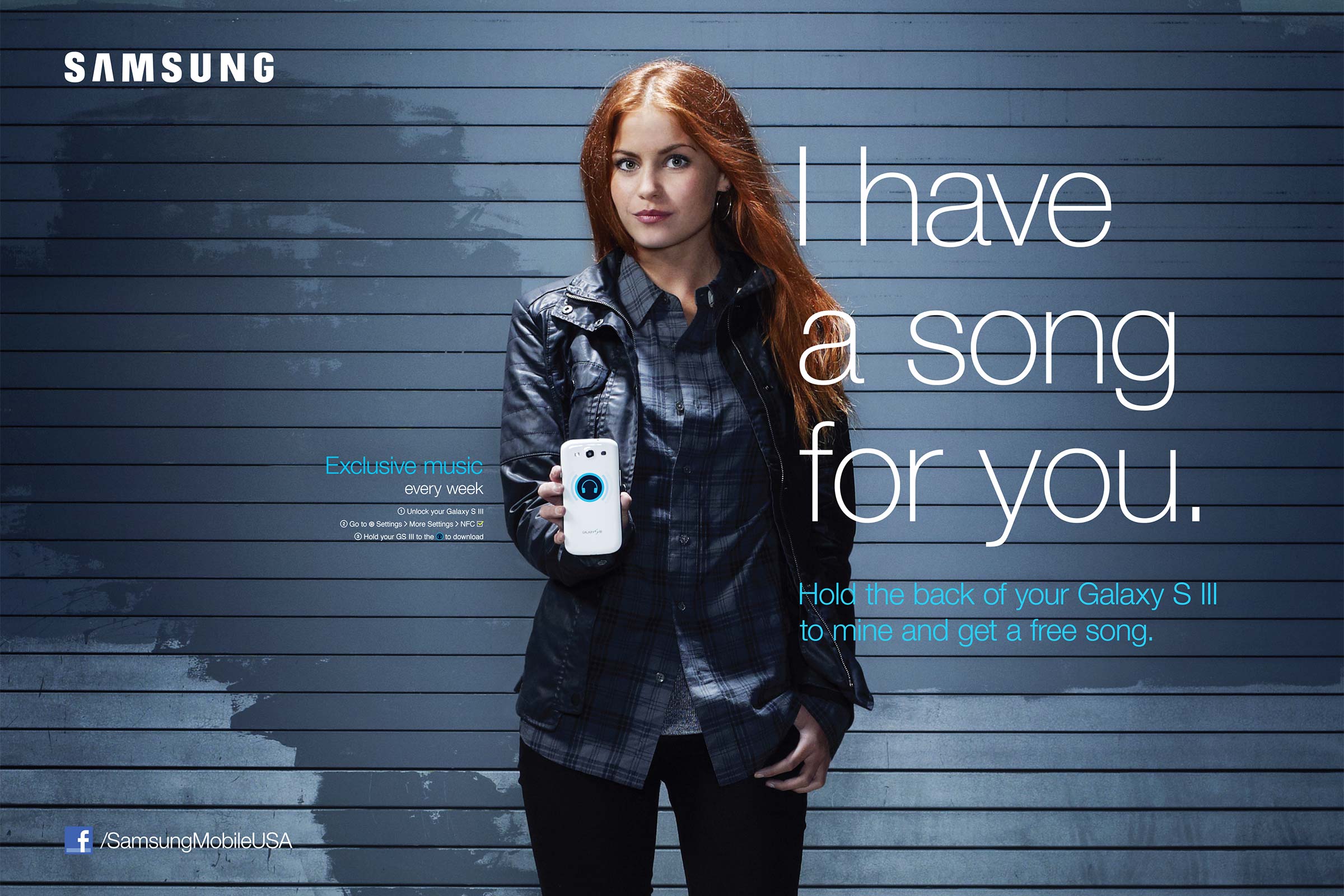 Designed to promote the unique sharing capabilities of Galaxy S III smartphones, the Samsung NFC campaign took a never-been-done-before approach to rewarding GSIII owners, while at the same time creating awareness and envy among non-owners. When a Galaxy S III was held against the posters, a free song, video or e-book was downloaded instantly to the phone.

The campaign marked a revolution in out of home media and delivered a breakthrough approach to earning consumer loyalty.