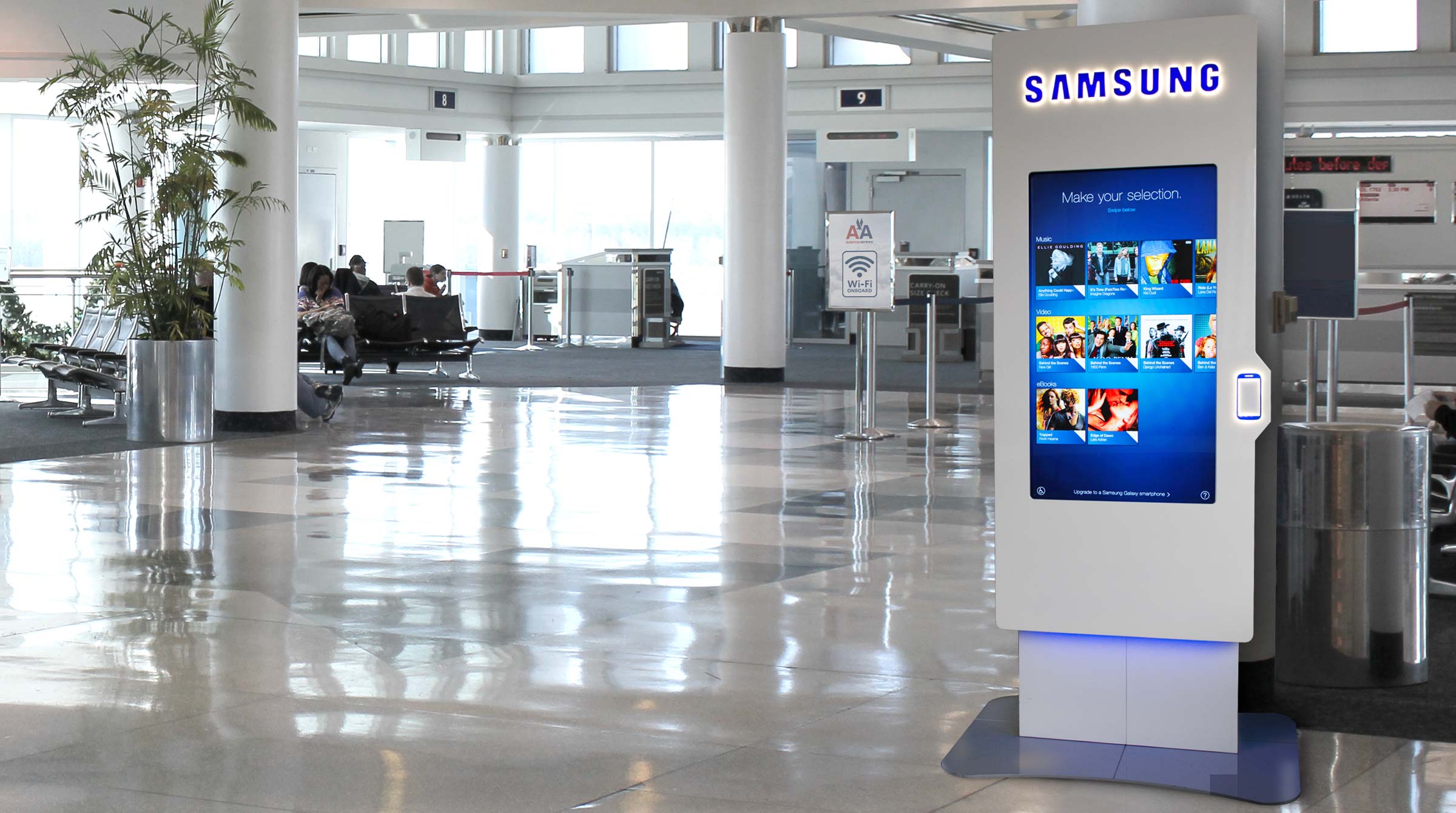 To promote Samsung’s Galaxy S III smartphone, we created the first-ever NFC powered vending machine for mobile content. Using a touchscreen, Galaxy owners browsed an expansive catalog of music, e-book and video options, then downloaded selections by touching their Galaxy smartphone to the NFC pad on the front of the kiosk. Files that would normally take minutes to download over 4G were transferred to the phone in seconds.

I led the creative effort on this project, developing the concept, heading-up the design teams for both the physical kiosk and the interface, and providing oversight for the development team.