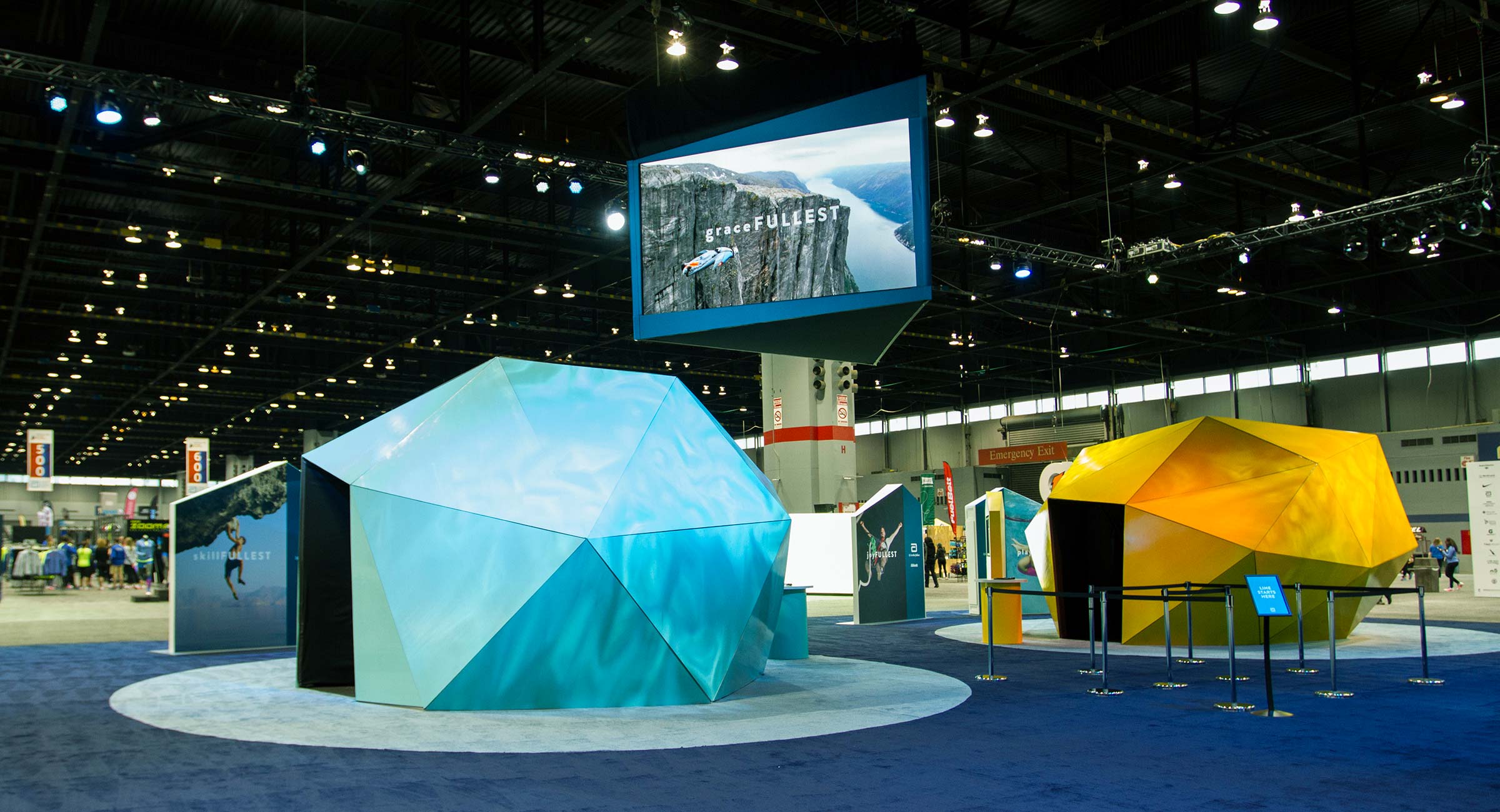 During the week of the 2014 Chicago Marathon, Abbott launched “Life. To the Fullest.” – the first-ever consumer campaign in the company’s 125-year history. As title sponsor of the Abbott Health & Fitness Expo, the brand wanted to make a big impression on the 140,000 racers and supporters who gathered to pick up race packets and get some last-minute inspiration.

So at the entrance of the event, we constructed a massive pavilion that was unlike anything else in the Expo. Visitors could sign a larger-than-life Abbott logo and enter to win a guaranteed entry to the 2015 race. But the main attraction was our interactive motion capture experience.

People entered custom-built architectural pods, where we asked them to show off their expression of “Life. To the fullest.” They cheered, danced, jumped, and spun – each group making the experience uniquely their own. We captured the action with high-speed cameras and then slowed it to 1/10th normal speed. Over the two days of the expo, nearly 3000 people lined up to create videos, which were played on large overhead screens for the entire expo to see, then sent to participants via email and text to download and share.